The Missions Initiative proposes a binational collaborative effort to protect and promote Spanish Colonial Mission sites in the southwestern United States and northern Mexico. Building a case for undertaking this collaboration begins with a brief review of the rich history surrounding these missions and an appraisal of current conditions that reinforces the value and timeliness of such an effort. Significant steps towards realizing the goals of the initiative have already been taken.

Spanning thousands of miles and hundreds of years

Religious missions were an integral part of the northern frontier of New Spain and were established over a vast area. From the early seventeenth century to the early nineteenth century, Franciscan, Dominican, and Jesuit orders of the Roman Catholic Church built missions throughout what is now northern Mexico and the southwestern United States (See map supplement). The northern frontier contained the gold, silver, and other resources desired by the Spanish Empire, but a well-ordered colonial system was needed to extract them. The Church, together with military and secular entities, established European order in the region. The missionaries were the first to enter these frontier zones in an attempt to convert native populations to Christianity. The missions also served as a vanguard for the expansion of Spanish settlements and mining operations (Roca 1979). 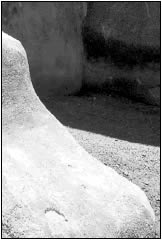 The three Roman Catholic orders built hundreds of missions in New Spain; some elaborate cathedrals and others simple churches. The Jesuit Order, established in the early sixteenth century, was a multinational group organized along military lines. The Jesuits established churches in marginal areas such as the harsh deserts of Sonora and the rugged Sierra Tarahumara of Chihuahua. They erected hundreds of churches throughout the northern frontier but were eventually expelled by the Spanish government in 1767. Much of modern-day California, New Mexico, Chihuahua, and Baja California was initially colonized by the Franciscan Order, established in the thirteenth century. Following the expulsion, the Franciscans and Dominicans took control of many of the former Jesuit missions. After Mexico won its independence from Spain in 1821, Spanish institutions fell into disfavor. The church and its structures took a somewhat secondary position to the growing towns and communities, and in some cases, mission buildings were converted for other uses. 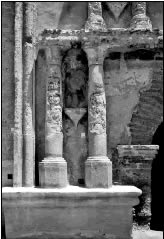 Today, however, many mission sites remain essential to religious practices and civic activities in these communities. The Missions Initiative aims to support these active sites as well as build broader support for all sites and among all categories of stakeholders. Drawing on the diverse experiences and skills of resource managers, historians, church representatives, and local communities, the initiative can ultimately improve access to and appreciation for Spanish Colonial Missions as living examples of the rich cultural fabric that extends throughout the southwestern United States and northern Mexico.