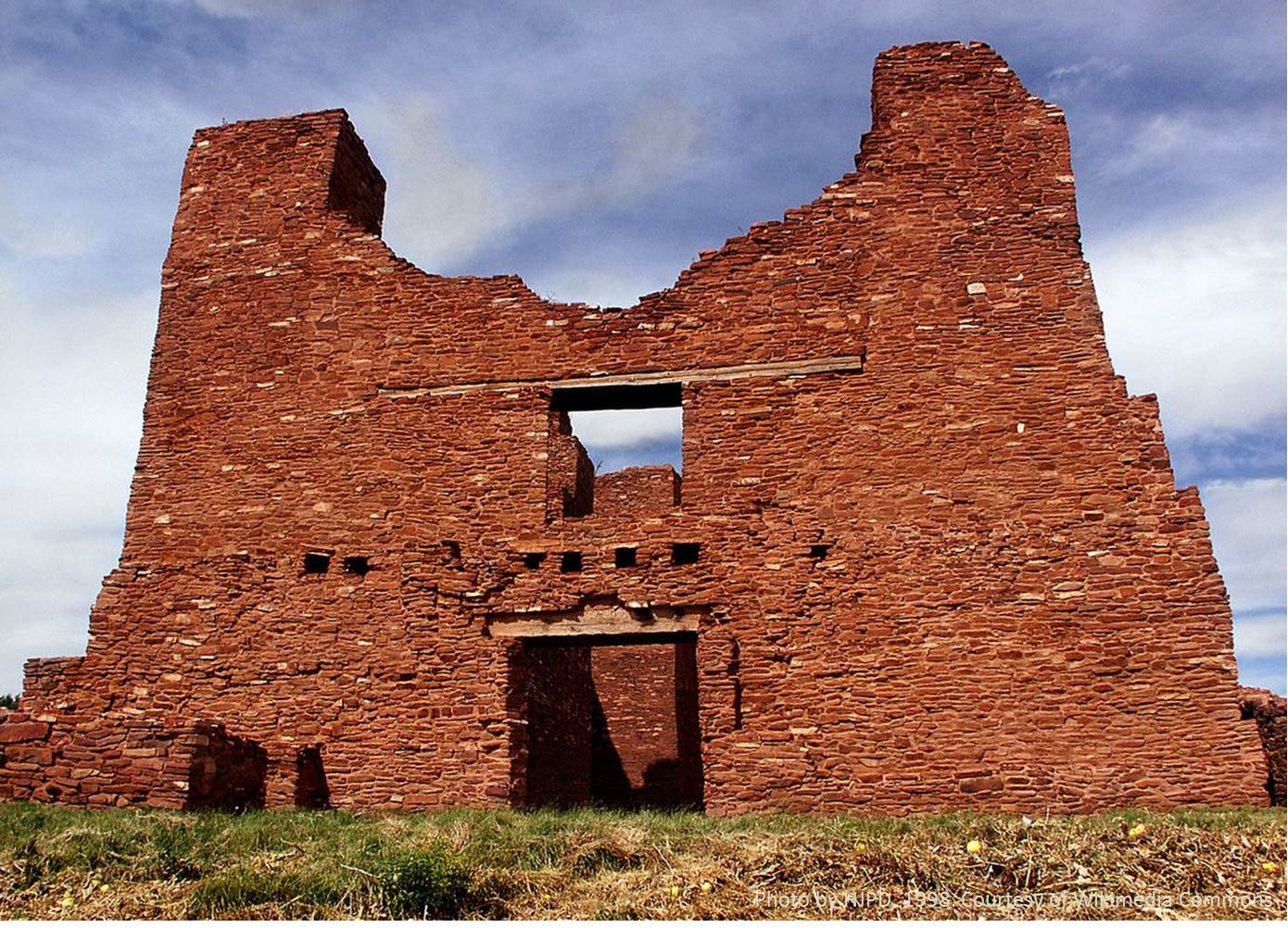 Construction of this mission began in 1627 by Fray Juan Gutiérrez de la Chica. At its peak, the Quarai pueblo had approximately 1,000 rooms and housed between 600 and 700 residents of both native and Spanish decent. The pueblo buildings were arranged around a number of small plazas. In addition to the Catholic religion and customs, the Franciscan friars introduced new agricultural and production methods. Extensive farming took place adjacent to the mission and on surrounding lands. The mission is preserved as ruins where a series of red sandstone walls can be seen. A round kiva within the monastery area was founded, which raises questions about how traditional tribal religion intermingled with the Catholic traditions.