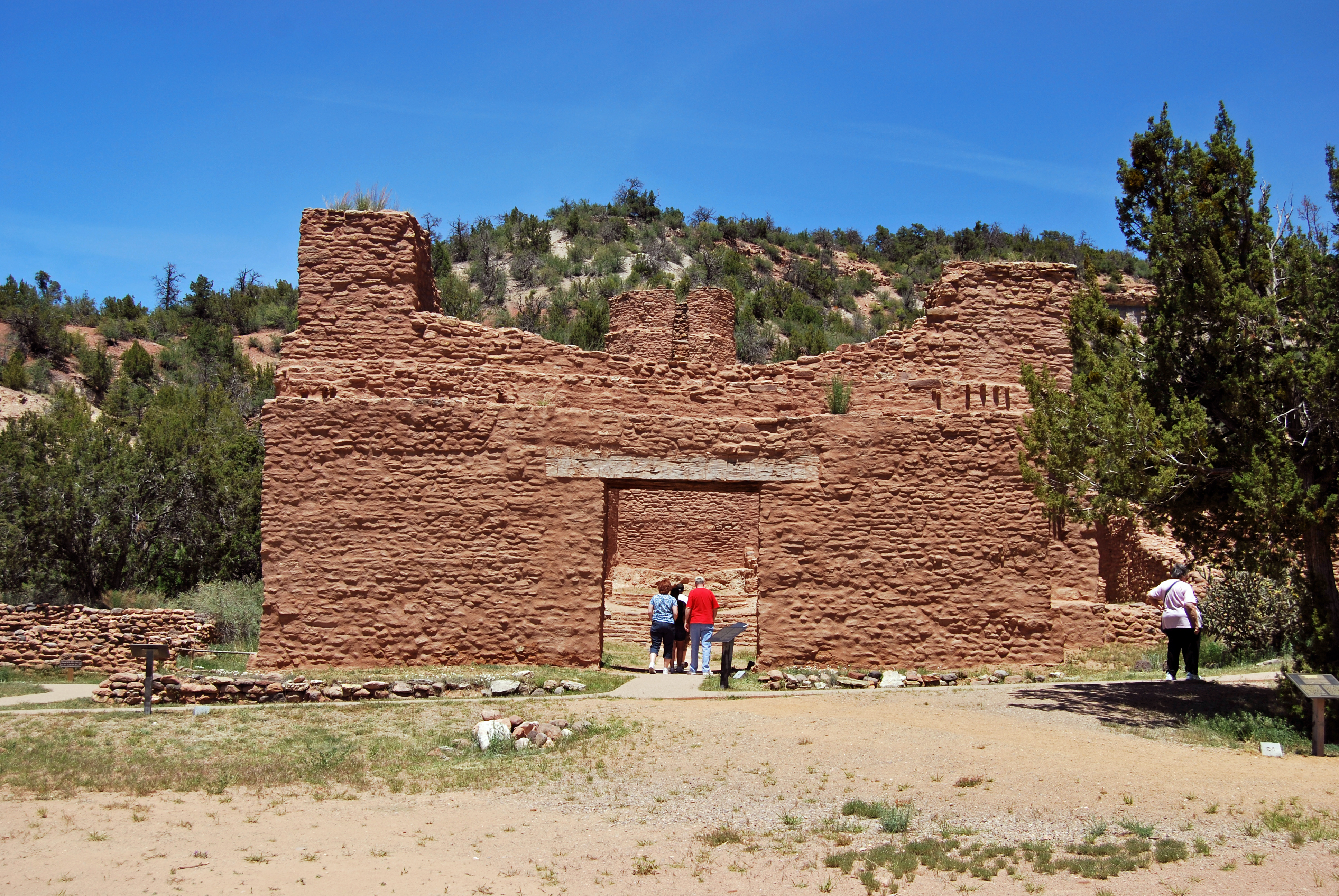 Pueblo Jemez, now in ruins, is a NM state monument.  Spanish missionaries first settled at the Gíusewa Pueblo in 1598 being Fray Alonso de Lugo the one to be in charge of establishing the Jémez mission province.  In 1601, Lugo and most other Franciscan missionaries left New Mexico, perhaps in protest of Oñate’s violent and authoritarian approach to dealing with the Pueblo peoples. In 1621, the Franciscans returned to the Jémez when Gerónimo de Zárate Salmerón moved to Gíusewa to build a large mission church leaving the previous one in ruins. This church was unusual for its massive size and rare octogonal tower belfry.