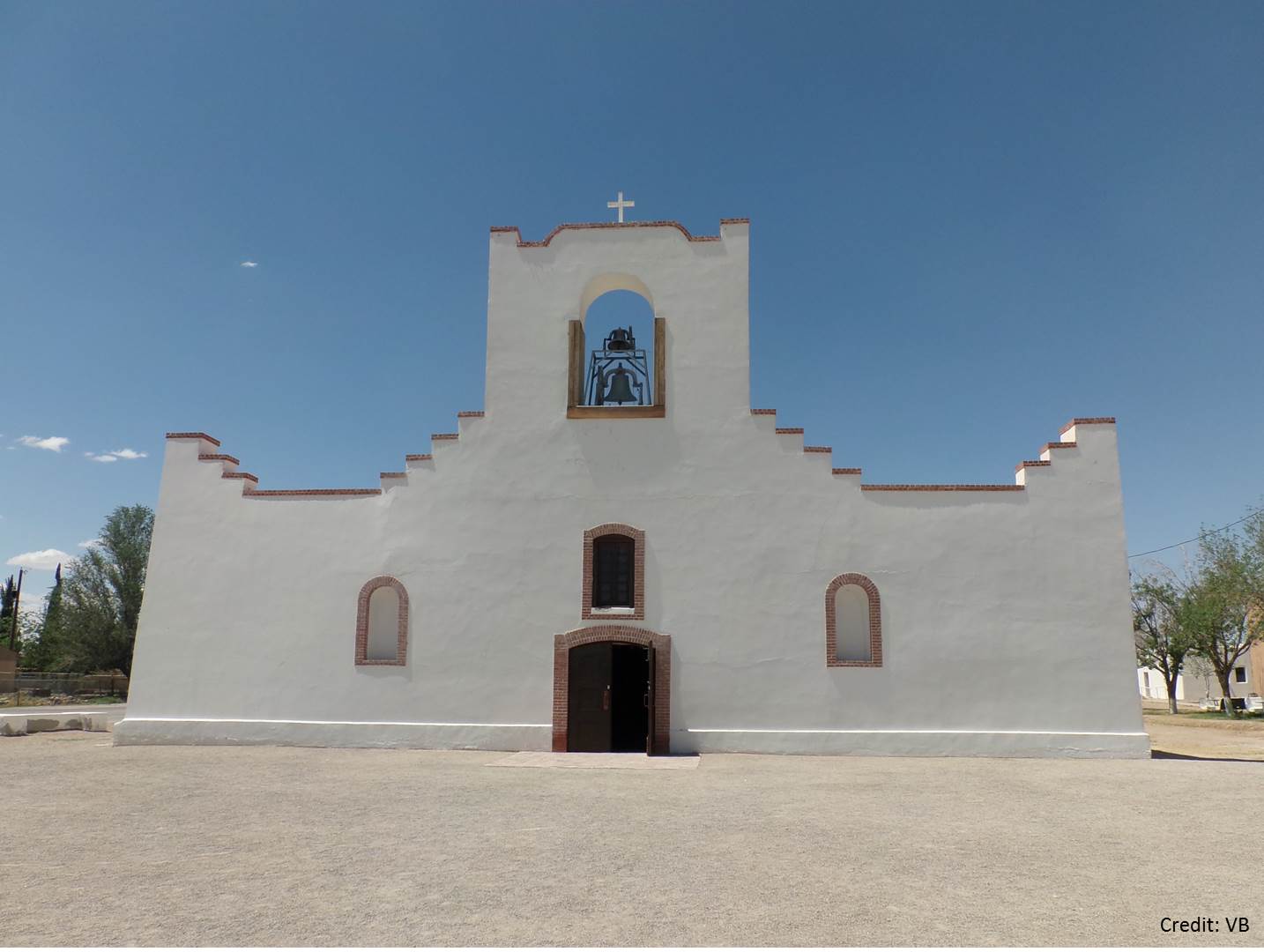 Nuestra Señora de la Concepción del Socorro was founded in 1682 by the Franciscan order to serve displaced American Indians (the Piro, Tano and Jemez) from New Mexico, who fled during the Pueblo Revolt. The present Socorro Mission was constructed in 1840 to replace an earlier 18th-century mission destroyed by flooding of the Rio Grande. The mission is constructed of adobe surfaced with stucco. In the interior can be seen  a series of finely painted and decorated wood beams that were originally from the 18th-century mission and reused in the new construction. The decorative elements of the Socorro Mission show strong relationships to the building traditions of 17th-century Spanish New Mexico.