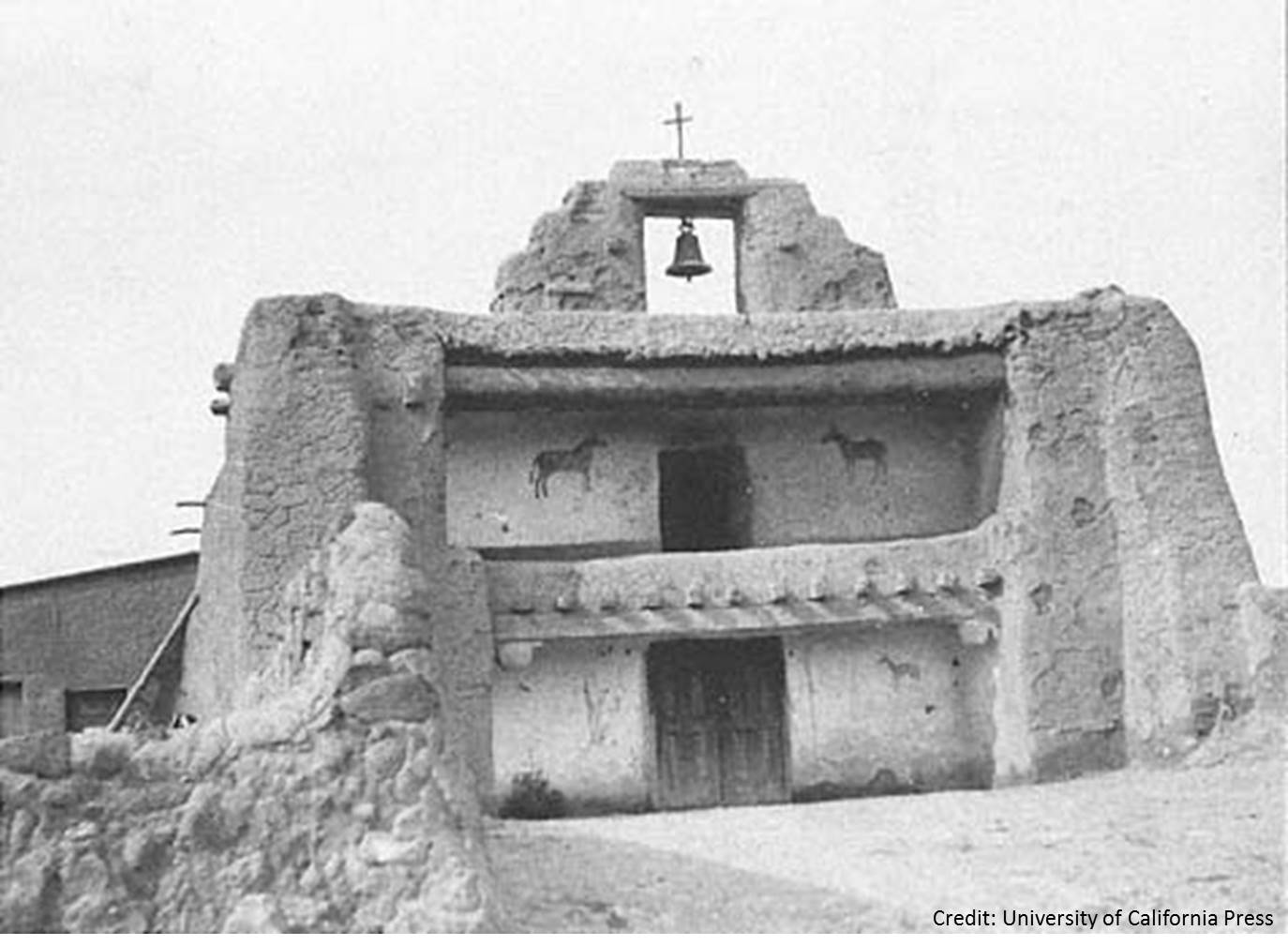 The Mission Church of Nuestra Señora de la Asunción at Zia rests on a mesa looking eastward. Zía was the principal settlement of Cumanes province. Fray Alonso de Lugo was placed in charge of Zia in 1598 and the first church followed soon thereafter. The convent was probably founded by Fray Cristóbal de Quirós in 1610. The church was rebuilt in 1692 after the Pueblo Revolt, when takes the name of Nuestra Señora de la Asunción. Current church has been recovered with stucco with cement plaster and a golden rust tint.