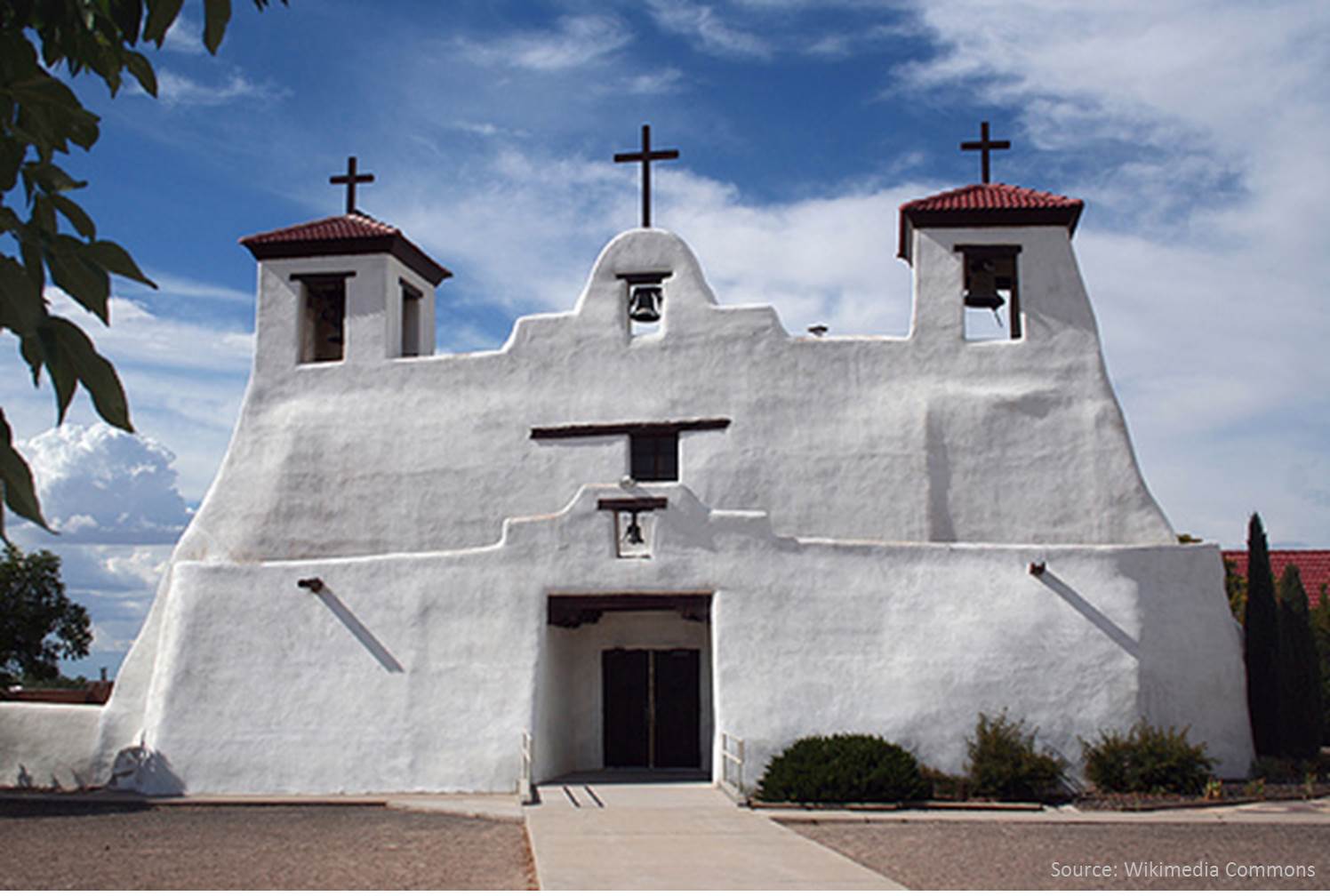 Isleta Pueblo was established prior to the 1598 Spanish occupation of New Mexico and was burned during the Spanish attempt to reconquer the area following the 1680 Great Pueblo Revolt. Founded by Franciscan Missionaire Juan de Salas, the San Antonio convent was built in the pueblo around 1629 or 1630 but was abandoned after the burning. The adobe Church of San Augustín (1709-1710), one of the two oldest surviving mission churches in New Mexico, was built after Spanish reestablished control of the area. During the 18th and 19th centuries Isleta became one of the largest and most prosperous pueblos in New Mexico and was noted for its crops and orchards. The adobe building had a major remodeling 1923.