Zuni Mission of Our Lady of Guadalupe 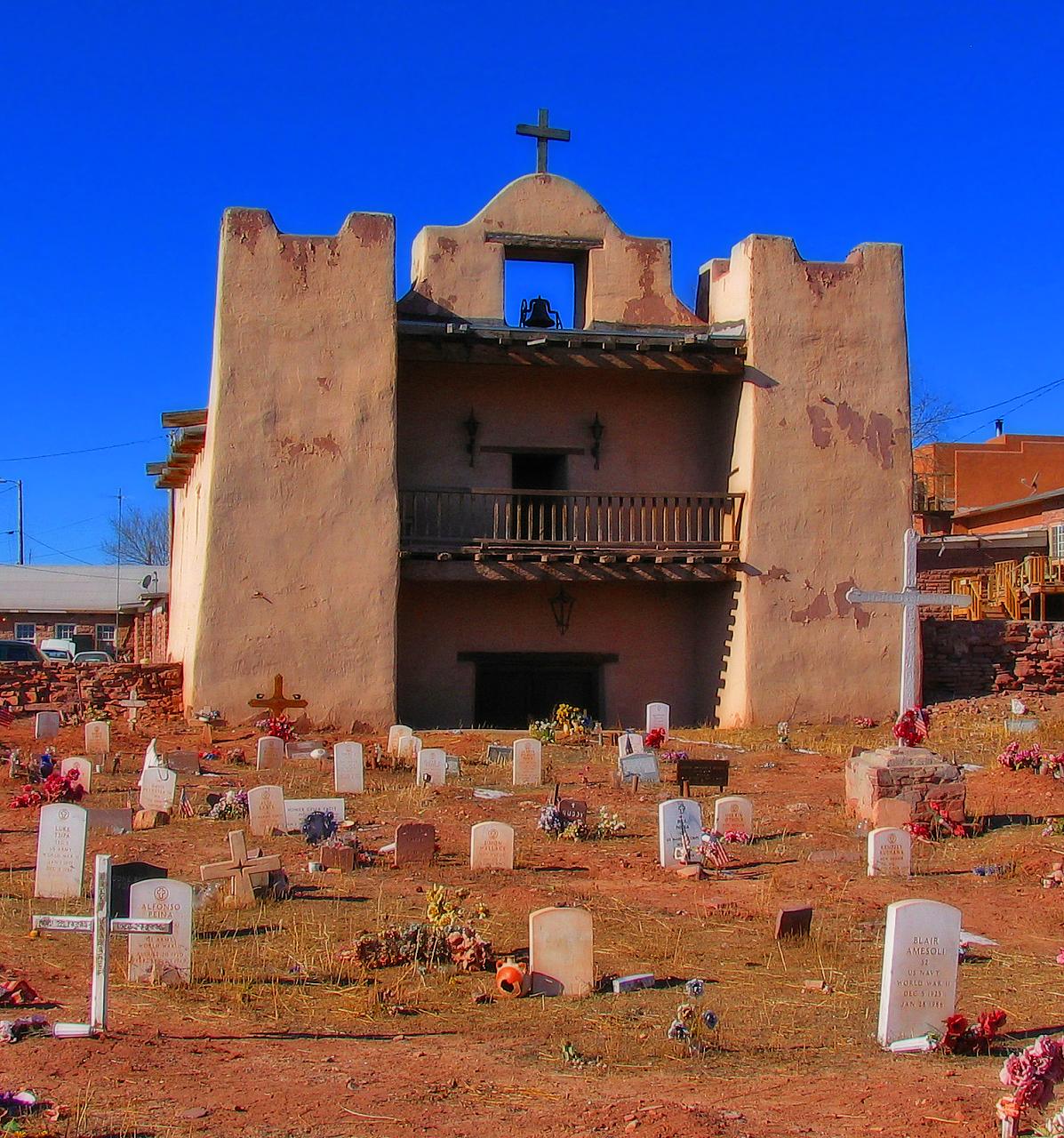 One of the earliest examples of a Spanish Colonial era mission that was established in 1630 by Franciscan missionaires at Zuni Pueblo. The original mission complex included an enclosed adobe convento. The mission was partially burned and the priest killed during the 1680 Pueblo Revolt. Extensive additions occurred during the 18th century. The Mission was largely abandoned and went into a steady decline until the mid-1960s. A partnership between the Catholic Diocese of Gallup, the Zuni Tribe and the Bureau of Indian Affairs enabled the reconstruction of the Mission to be completed by 1970. The unique murals of Alez Seowtewa made in 2006 are representative of the Zuni culture.